Thoughts on Crossing the Road 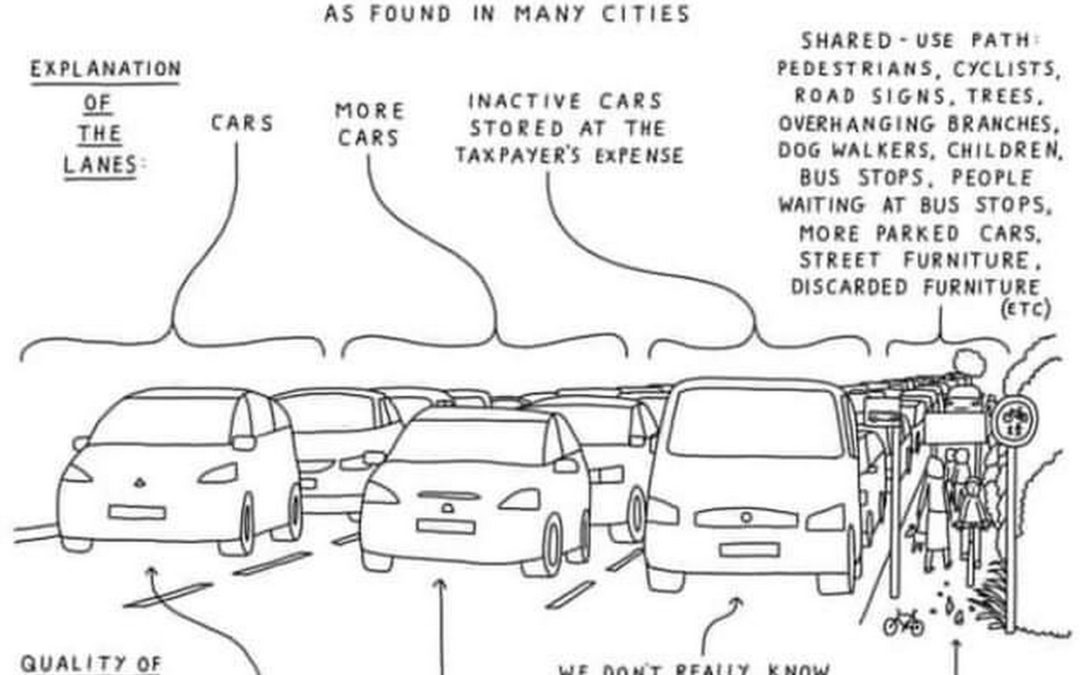 Strolling through Uplands getting my shopping today, I witnessed an older woman with a walking frame attempting to cross the road at the pelican crossing opposite Sainsbury’s. She moved with determination and some effort, but halfway across, the green person ‘timed out’ and she was left marooned in the middle of the road whilst a stream of cars continued on their busy way turning right and down the hill.

It took a pedestrian to spot the older woman’s predicament and she stepped into the middle of the road, halting the traffic with her arm outstretched, helping her to safety.

Despite her valiant efforts, a large four-by -four inched and swerved its way past the two women-the motoring equivalent of saying ‘get out of my way puny humans, I’m in a hurry!’

This happened in the same week (though sadly its becoming a daily occurrence) when my partner and I, fairly fit and fast individuals, waited at the zebra crossing on Sketty Road outside the surgery, near the day nursery, whilst a succession of cars sped past, making no attempt at all to stop, or even to acknowledge that they had failed to stop for pedestrians, despite our clear intention to cross the road.

I’d really like to look at these two issues in our Living Streets group; they both illustrate the wider issue of traffic having priority over people.

In other Living Streets groups I know they have campaigned to increase the stop time for cars at pelican crossings. Increasing this time by something like 20-30 seconds makes crossing for the vast majority of people possible. But further than this, we need to reassess the domination of the car in Uplands, slow everything down, narrow lanes, look at shared space options, and so on.

I’d also like to undertake a survey at zebra crossings and find out why it is that motorists no longer observe the old rule that means they must stop for pedestrians—Sketty Road is not the only place where the needs of pedestrians are pushed aside!

Living Streets is a national charity for everyday walking.  “The time has come for us to create more liveable, healthier streets across the UK and to demand for practical and effective actions that make that happen.”

As a local group, Uplands Living Streets is a volunteer-run local group, campaigning and collaborating for a greener, cleaner, happier & more walkable Uplands & Brynmill in Swansea.